Explanation of how interface inheritance is implemented in .NET, and how to properly use it in C#.

I have had a little debate not long ago about pros and cons of interface inheritance in .NET C# language. It may be worth restating the main points of the discussion.

An interface can inherit from zero or more interfaces, which are called the explicit base interfaces of the interface

Example: per definition above IComboBox inherits ITextBox, IListBox, and indirectly IControl interfaces. The official definition notwithstanding, note that you can also say the IComboBox implements the same interfaces without violating the meaning and implications of the resulting relationship.

Next is interface implementation. A class can implement an interface. Unfortunately, in C# unlike VB and Java, the syntax for inheritance and implementation is the same, i.e. the syntax simply uses “:” operator. Result – lots of confusion.

The difference becomes a little clearer when you consider this example: 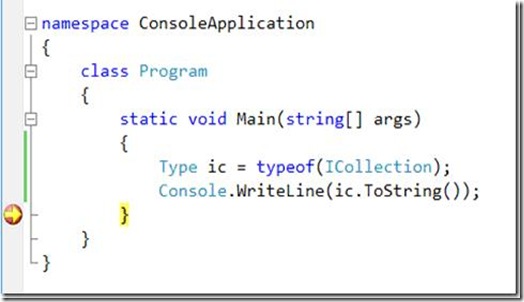 Upon the breakpoint, check ic variable, and note the BaseType value: Now check the result of ic.GetInterfaces():

This is a long way to say: interfaces are to be implemented, not inherited from. Do not use interface inheritance unless it is unavoidable, and by “unavoidable” I mean “almost never”.

This blog's posts are provided "AS IS" with no warranties, and confer no rights. You assume all risk for your use.
Questions or Suggestions:
olegsemenov at roxolan "dot" com